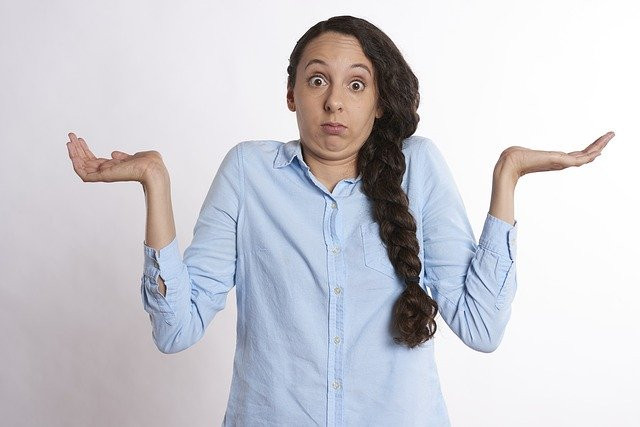 Yes, it can be an overwhelming decision but I will help you overcome it.  You will be interested in either one or the other.  If you are interested in how to integrate both, then there is an answer for that as well.

Either way, my goal is to provide you will the help and information necessary for you to make a solid decision.  So for now, you’ll need one cup of coffee or tea to get to the end.

Home Security:  is both the security hardware in place on a property as well as personal security practices.  Security hardware includes doors, locks, alarm systems, lighting, motion detectors, security camera systems, that are installed on a property.  Personal security involves practices such as ensuring doors are locked, alarms activated, windows closed, extra keys not hidden outside.

Smart Home Systems:  Also called domotics is building automation for a home, called a smart home or smart house.  A home automation system will control lighting, climate, entertainment systems, and appliances.  It may also include home security such as access control and alarm systems.  When connected with the Internet, home devices are an important constituent of the Internet of Things (“IoT”).

Research & Decisions – What’s Important to You?

One of the first decisions you’ll be faced with before beginning your project or making a decision is,  weighing security features (home security) against convenience features (a smart home).  You will likely find that most packages will emphasize one or the other, even if they offer elements of both.

If you’re mostly interested in being alerted to break-ins, porch pirates, fire, or water pipes bursting, you’ll be happier with a home security system.  You can add in a service that can dispatch first responders on your behalf as well.

However, if you’re more interested in the fun and convenience of a modern home technology: voice commanded lights, thermostat, sprinkler systems, etc.,  you’ll opt for a smart home system.

Two Options for You

I have produced two stories that will help you understand the fundamentals of each type of system, so you can decide which is right for you. This one focuses on home security systems.

If you’re more interested in adding smart home technology, I encourage you to  read the other story.

Methods of the past:

The old methods of installing a home security system have, for the most part, gone by the wayside.  They are still available and still “pricey.”  In recent years though, newer and advanced technology, followed up by the the less expensive DIY (do it yourself) consumers have driven the home security market to an all time low for customers.

Service providers of the past, would send a technician to your home to install a central hub in your closet, connect it to your land line, and run wired sensors to all your doors and windows.  You could sign up for an expensive long-term contracts for professional monitoring, without which the system would be useless.

You can still buy professionally installed systems—from vendors such as ADT, Vivint, or even Comcast—with monitoring included in the price of the package.  Some localities require you to obtain a permit before installing an alarm system, and they might charge you a fee if their first responders are dispatched based on a false alarm.

The vendor you’re considering doing business with should be able to tell you if such a permit is required where you live.

With the demand for cheaper security, the technology advancements, and consumers wanting to get rid of high fees and installation prices, a DIY’er can acquire equipment that’s every bit as good, install it easily and opt for self monitoring within an hour or two.

Opt-in professional monitoring is available with many of these systems, but if you’re looking to save even more money, vendors let you monitor your own security using a smartphone app for free.  The home security businesses of old have been upended in recent years, driven by the availability of always-on broadband services, low-cost wireless technology, and most recently—smart home technology.

Most security systems are sold as kits, which ensures that all the components are known to work together. What comes in a security system starter kit will vary from one manufacturer to another, but the typical kit will include:

It’s always a good idea to count the number of doors and windows you’ll want to monitor, because the starter kit probably won’t have enough to cover all of them.  But here’s a pro tip: One motion sensor can cover at least one door and several windows, depending on where it’s placed.

It might not trigger an alarm immediately after a breach, but there shouldn’t be an appreciable delay before an intruder sets it off by walking in front of it.

My Top Recommendation for easy to use DIY, Home Security Kits by Ring

Some home security systems provide or allow you to add other security components, such as:

If the home security system you’re considering doesn’t include a component you think is essential, ask if you can add one from a third-party vendor.  Some companies are relatively open or at least run a certification program that tests and approves third-party products for inclusion in their systems.  Others operate cut offs, essentially saying “If we don’t have it, you don’t need it.”  Remember, they are not the only merchant in town.

Your final consideration with a home security system is how to monitor it. Some vendors give you the option of doing it yourself for free, while others don’t give you a choice.

If you opt for self-monitoring, know that it means you’re responsible for keeping tabs on your own security, whether you’re at home or not. If you get a notification from the app that your alarm has been tripped, you’ll need to decide whether to call the police or fire department, ask a neighbor to investigate, or simply ignore it and hope for the best.

Professional monitoring is typically offered as a subscription service, but many companies expect you to sign a contract committing to the service for a year or longer—and in some cases, much longer.

Cancelling the contract before the term is up can leave you owing an early termination fee. Ring offers one of the least-expensive optional monitoring plans: $3-$10 per month for Ring Alarm users, and that includes cloud storage for an unlimited number of Ring cameras.

What’s more, you can cancel any time. But if Ring Alarm doesn’t fit your needs, it doesn’t matter how cheap the service plan is.  So what do you get from a professional monitoring plan? In almost all cases, a 24-hour watch by human beings who will call to check on you if an alarm is triggered.

If they can’t reach you, they’ll attempt to contact any secondary contacts you’ve provided. And if they can’t get in touch with anyone, they’ll call the police if a break-in is suspected or—with plans that include smoke alarm coverage—the fire department if there’s a fire.  Professional monitoring fees typically also cover the cost of backup cellular service for the hub.

Service fees, terms, and the fine print that accompany professional monitoring services vary widely. If you sign up for a plan, make sure you understand exactly what you’re getting into.  You’ll also want to be aware that self-monitoring is not an option with some home security service providers.

Getting the Best of Both Worlds

If you want a home security system that can also be used as a smart home system, pick one that at a minimum supports smart lighting and a smart thermostat, along with all the most important security features we’ve already discussed.

Whichever type of system you settle on today, know that you won’t be locked into it forever, provided it’s based on the most common types of radios: Wi-Fi and either Z-Wave or ZigBee. No one vendor controls all of those standards, and many of the hubs on today’s market today use all three.

While it might be little tedious to re-pair tens or dozens of sensors and other devices with a new hub if something better catches your fancy in a few years, it won’t be impossible.

Most systems can be integrated quite easily.  Either way, the manufacturers will list what is compatible with your current system and how to add on.

If after digesting all this information, you’ve  settled on investing in a home security system, you can learn about our top picks in both categories and see all of our current reviews here on this site.  Enter the category “Reviews” at the bottom of the page.

If you’d like to learn more about smart home systems first, you’ll find an equally in-depth story about them here.